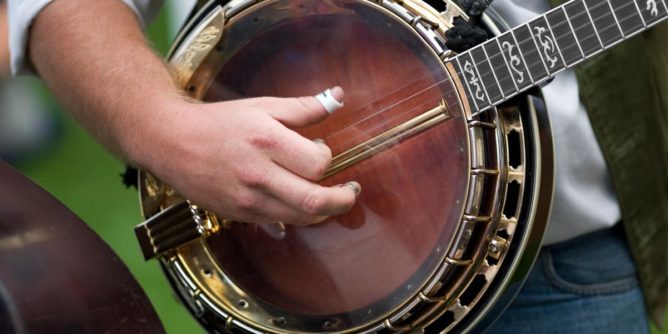 Once upon a time, in a place called Jacksonville, Florida, named for Andrew Jackson, who never set foot anywhere within it’s broad city limits, there were a city councilman, a bureaucrat, a semi-retired jazz festival producer and two telecommunications executives who had too much time on their hands.

As they watched the pages of Jacksonville history turning, it occurred to them that many of the things that the media and the politicians worried about were actually exceptionally funny. Trains to nowhere, traffic jams, even insurance agents could be the source of stress relieving mirth, if viewed from this groups peculiar, warped perspective,

Being a natural trouble maker, the councilman brought these 5 men of questionable musical talent together for a series of informal concerts before indifferent, often intoxicated audiences. And although the group never made the cover of the Rolling Stone, let alone the “law and disorder” column in the Florida Times Union, The Eric Smith Madrigal Singers gained a certain notoriety, and thought it fitting to record their so-called work for posterity.

And so it came to pass that this gang of five descended upon the studios of the local cable television company, who was required to provide time and personnel for the creation of inane and often offensive programming, euphemistically called “public access”. After bribing the underpaid help to man the cameras, and holding a gun to the head of a struggling local record producer, they commenced to sing their favorite satirical songs one more time, for the record.

That was 20 years ago. And as the 22nd anniversary of the founding of the Eric Smith Madrigal Singers approached, the struggling record producer, who had long since abandoned the trade for a more profitable gig, came across the original masters of that particular Spring evening in May, 1998. He gingerly loaded it into his state-of-the-art editing software (when you don’t have to depend on the record business for a living, you can afford the trappings of a record producer) and put on his headphones.

What he heard was the same, imperfect, boarding on incompetent, musicianship, the barely listenable voices and a libretto long since forgotten in the shifting tides of Jacksonville political history. In short, the record sounded just as deliciously exuberant as it had the night he and his compadres stumbled into the studio to create it.

Since blogging tends to revive these sorts of things for the micro-audience of one or two insomniacs who will follow any hyperlink, the record producer inquired if I would be willing to showcase the original thirty four minute master for online listening. Knowing these aging grey beards as I do, and realizing that the statute of limitations has long since expired on anything they might have said, I decided, “what the heck, why not!”

So here it is, featuring:

Eric Smith – The politician who put the group together and blackmailed us to keep performing. The liner notes of the original CD state that Eric is, “a natural exhibitionist, proud to play the ‘world’s smallest organ’.”

Jordan Logue – The only one with any real musical talent, he had the guitars, a banjo and a string bass, along with an insiders appreciation for the insanity that is community politics. His “Mom’s Kitchen Restaurant” rendition, toward the end of the MP3 is brilliant.

Dan Kossoff – The one band member with a real appreciation for folk music. In spite of this, he still performed regularly with the group, apologizing to his friends in advance of every concert.

Dave Reid – Wanted to grow up to be Ray Stevens, but somebody else already had the job. His real-world experience as a lobbyist and a lounge singer added a modicum of authenticity to the production. He sings lead on “Kiss a Pig”.

Scott Westerman – That’s me. I think I was invited to join the band because I owned recording gear; the one, out of place geek, who is included out of technical necessity rather than appreciable musical talent. I wrote and performed, “The Man Who Never Returned”, “The Skyway” and “Before I Knew You Quite So Well.”

Former WOKV morning man, Mike Miller has a cameo on “The Man Who Never Returned”. We’re grateful that he doesn’t hold it against us.