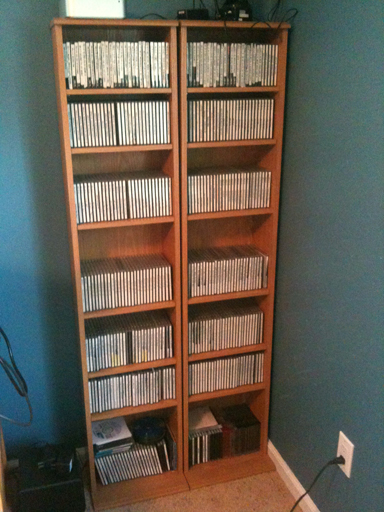 Building a compelling hook into just six syllables is still a niche. There are only a handful of companies that attempt it. The most storied was PAMS, the Dallas-based jingle house run by Bill Meeks. It’s successor, Jon Wolfert’s superb JAM, is still in the game, competing with the likes of Reel World Productions for the contracted marketplace.

For those of us who grew up hooked on the the sounds that came out our car radios, a jingle instantly told us that we’d found the right place on the dial. Yup, it was only a small part of the overall station imaging and there were many mediocre operations that had terrific jingle packages. But to make all of the pieces come together in an harmonious whole, you had to have the right musical logos to tie it all together.

Several years ago, I had the singular opportunity of purchasing a nearly complete copy of Ken R Deutsh’s vast jingle library. Ken is legendary for being the guy who saved the PAMS masters from destruction when the company went into bankruptcy. We met in 1971 when we both worked at WPAG in Ann Arbor, Michigan. Ken gave me my first reel to reel taste of jingle collecting, something that’s been my passion ever since.

From 1999 until 2004, Ken compiled pristine collections of jingles from every major production company. He sold these to aficionados around the world. He also had his own jingle comany and used some of the classic PAMS tracks to create all new logos for radio stations in search of a retro feel. When Ken retired, he generously sold me a back-up copy of his entire library. It’s a priceless one-of-a-kind treasury that I regularly plumb whenever I need a shot of energy from the days before iPods and the Internet, when everybody had a favorite radio station.

From 2004 through 2006, I produced a weekly podcast celebrating the station I grew up with, Dearborn’s WKNR. One of our most requested segments was a mini-documentary I produced telling the story of “How Jingles Are Made”. As part of unboxing my life during our latest move, I discovered a copy of that program. It hasn’t been in circulation for 6 years. Whether you’re a broadcaster, a musician or just someone to whom radio was the soundtrack of your life, I hope you’ll enjoy a look back at the artistry and magic that was the jingle phenomenon.

From February 19, 2005 here is a ten minute and twenty nine second immersion in the jingle jungle, our Keener Podcast Jingle Special.