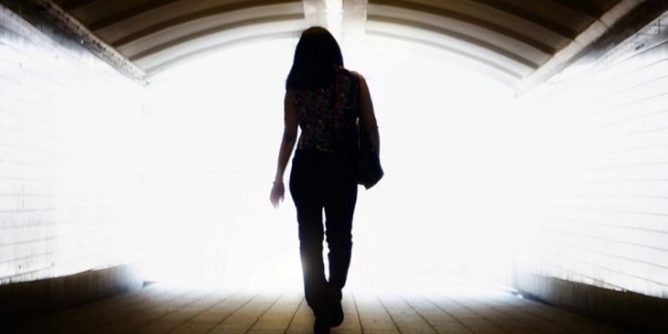 Church youth groups were a safe place for young people to hang out in the late 1960s. Or so the grown-ups thought. Joey Morrison and I regularly bolted from Methodist Youth Fellowship to visit Middle Earth, Ann Arbor’s premiere head shop. The black lights, incense and racy posters held our prurient interest more effectively then the biblical retreads that targeted the teenage demographic.

Our priorities centered around our garage band, doing an adequate amount of homework to satisfy our fathers that we were paying attention in school, and weekend sleepovers where we smoked cigarettes, sampled the treasures in Joey’s parents’ liquor cabinet and listened to progressive rock on the Fisher stereo system in his basement.

Occasionally, the hard-working staff at First Methodist Church would hit one out of the park and we hung around. Such was the case when one of the college interns, headed in the direction of the ministry, deconstructed some of the popular songs at the front of our consciousness.

We wondered if the “Neon Sign” Paul Simon was singing about in “The Sounds of Silence” was, in fact, a Television set. When Richie Havens performed “Handsome Johnny” at Woodstock, we studied each of the wars in which his poetic soldiers fought. It felt like every successive conflict was less and less honorable, culminating in the quagmire that was consuming our older brothers in Vietnam. Our favorite version of Malvina Reynolds “What Have They Done to The Rain” was recorded by The Searchers. We were stunned to realize that it was a story about the nuclear winter that was a deadly byproduct of the atomic bomb. Without comprehending it, our innocence was slowly peeling away, revealing the twists and turns we would have to navigate on the trail ahead.

In time, we turned to The Beatles’ Sgt. Pepper’s Lonely Hearts Club Band. It was the first album the rock era designed to be experienced symphonically from beginning to end.

Side One?—?Cut Six particularly grabbed us. “She’s Leaving Home” details a lonely girl’s escape from a suffocating household. There were those in our group who could identify with the protagonist, incredibly feeling stultified in the midst of middle-class comfort. Others, like Joey and me, were absorbed by the way the piece was constructed when the lads entered Abbey Road Studios this week in 1967 to record it.

McCartney’s inspiration was a story in the February 27, 1967 edition of the Daily Mail.

17-year-old Melanie Coe had everything, the Mail said, a nice home, a large wardrobe and her own car. She abandoned it all and disappeared. It turned out that she was pregnant. Fearing retribution from a father who, “gave me everything but never told me he loved me,” she at first hid out at the home of her best friend, married at the time to Deep Purple Guitarist Ritchie Blackmore. Realizing her parents would immediately look there, she left with her boyfriend, a croupier from a club she frequented. It took a week for father to track her down, forcibly repatriating her until she successfully escaped at age 18 and was briefly married.

Ironies abound in this tale. Coe had actually met the Beatles when she was a lip sync contestant on the British television program “Ready Steady Go” in 1964. She found John Lennon aloof. McCartney was friendly but distant. George and Ringo were open and fun loving. Melanie didn’t win the contest, but her performance caught the producers eyes and she was offered a gig as a regular dancer on the show. After her marriage failed, she relocated, child in arms, to LA. Such was her networking ability that she became one of Burt Ward’s conquests when he was starring as “Robin” in ABC’s campy Batman series. Her own attempt at stardom didn’t pan out.

Melanie had no idea that she was the inspiration for “She’s Leaving Home” until her mother told her, years later.

The track itself was a rarity, one of the few where producer George Martin didn’t write the supporting score. Paul dropped the piece in his lap when Martin was committed to recording Cilla Black. It fell to freelancer Mike Leander to compose an arrangement for string nonet and accompanying harp.

The recording, with Martin conducting Leander’s score was completed in six takes, with the first one ultimately becoming fodder for the finished product. It was the first track on the LP that didn’t feature guitars and drums, drawing comparisons to “Eleanor Rigby” and “Yesterday”. Violins, a harp and a string bass were all that backed up Paul and John as they layered in the vocal tracks.

None of these details were part of the analysis we listened to attentively at MYF. Pondering a home life that made someone want to risk the dangers of being a runaway at once fascinated and frightened us. We were at that uncomfortable in-between age: Old enough to want our freedom, but still wet enough behind the ears to remain firmly connected to the family umbilical cord.

The next day, I convinced my mother to drive me to Liberty Music Shop where the Sgt. Pepper Album became a well-worn part of my burgeoning record collection.

Melanie Coe never fully reconciled with her parents during their lifetimes. She still can’t listen to “She’s Leaving Home” without regret. Her own timeline had the requisite ups and downs often connected with the freestyling many flower children called a game plan. The passing of the years left experiential scars that softened her comportment and sharpened her judgement.

When she ended a quarter century relationship, Melanie began to wonder about a past flame she met 4 decades earlier. They reconnected on-line and found that the sparks were still there. “We fell into each other’s arms,” she told Rolling Stone Magazine. “We went off to Mexico for a month and we’re madly in love. It’s a very happy ending for the girl that ran away from home.”

To my knowledge, none of us MYF kids ever left the nest before our wings were sufficiently strong to safely fly solo. We grew up, went our separate ways and lost touch until Facebook made it possible to reconnect.

I paid my way through college as DJ, ultimately recognizing that there was more money in the executive ranks. Joey’s academic career ended with high school. His father ran a heating and cooling business. The son followed a parallel path, becoming a high voltage electrician at the University of Michigan. Heart trouble was in his DNA and he died young in December of 2013.

When I went to his memorial service, only one other guy from our era was there: Bill Callaway. The three of us had worked our first paid jobs together in the kitchen at Lurie Terrace, an assisted living facility on a hill just west of downtown. Bill and I reminisced about eating dinner before the onslaught of blue hairs filled the dining room. We sat in a quiet corner that afforded a breathtaking view of the city, a metaphor for the endless opportunities that lay ahead of us. There were hours of conversation about our hopes and dreams. It was a magical time when we all believed we were immortal, when obstacles were irrelevant and everything seemed possible.

Aside from we two Ann Arbor refugees, the rest of the mourners were from Joey’s second life. Like Melanie Coe, his first marriage didn’t take. He forged a partnership with a woman we didn’t know who brought a family to the union. There was no mention of our youth group, our covert excursions to Middle Earth, late night radio listening or any of the music we loved. As the sanctuary slideshow flickered across the big screen at the front of the church, I barely recognized the man whose life had fleetingly paralleled my own. What gave him away was the perpetual non-expression on his face. Joey never smiled for the camera.

I was struck by how fleeting existence can be and how quickly even the most accomplished among us fade from consciousness. Six years later, Joey is an ephemeral memory, momentarily conjured when certain tunes bubble up on the oldies station. As the funeral finally broke up, Bill and I decided not to attend the wake. Joey’s younger brother was the only remaining survivor we knew. We had nothing in common with anyone else.

I walked to the car thinking about how quickly my own contributions would be forgotten when my nanosecond of earthly existence was over. I realized that we all finally flow into a faceless procession, a river of humanity that slowly sculpts the deep canyon of history. Eventually, someone will marvel at its magnificence. But nobody will focus on the droplets of water that combined to create it.

I found myself loading up a single tune from my Dropbox archive into the car radio as I drove home to my family and future: the one we first heard the Beatles sing in the summer of 1967.