Can a police department gain a positive national following by engaging on social media? Here’s the story of one that did.

I’m a huge fan of the Newport Beach, California, Police Department. Not only do they protect and serve their community with professionalism and class, they are best in class at telling their stories in an inspiring, engaging way. If you’re a Facebook user, I highly encourage you to follow them.

Beyond the usual safety messaging, they turn the typically mundane arrest recaps into some of the most engaging tales I’ve ever read. Here’s a recent example: 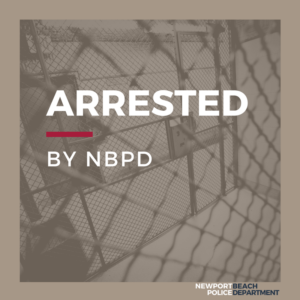 Story time! Gather ‘round, folks, because we have a nice one for you today. A whole cast of characters, our favorite kind of crime (thwarted!), some weird conversation, and an observant officer… all the makings of another great “Arrested by NBPD”!

It all begins on a Tuesday, around 4:45 pm, with one of our faaaaavorite kinds of people: an active and engaged resident. We don’t actually know this guy, but we’ll imagine him as a beachy outdoorsman, the kind of guy who always has some sand on the floor of his pickup truck and tubes of sunscreen stashed *everywhere*. He’s got a gazillion friends (including all the lifeguards), but somehow he has even more boards: boogie boards, paddle boards, surf boards, body boards… and a couple skateboards for when the water is off-limits. A gentle aroma of surf wax and salty sea air seems to follow him wherever he goes. People in Minnesota would not know what to make of him.

So, Awesome Resident Guy (as we’ll dub him) gives us a call. He lives on 26th Street, he explains, but he’s not home at the moment. (Of course not! He’s probably at the beach, where he belongs!) He has a security camera, though, and that camera picked up some suspicious activity. It looked like a guy in dark clothing was trespassing at the property next door.

Thank you, Awesome Resident! You get back to the waves, and we’ll go check out the trespassing situation. ?

Officers head over to 26th Street and check out the neighbor’s property. It’s under construction, and encircled with a locked chain link fence. Hmmmm… this is not the kind of place anyone should just be wandering around. There doesn’t seem to be anyone lurking about the premises, though… at least, not any more.

Enter another type of faaaaaavorite person: an active and engaged non-resident. ? We imagine this guy as a bit of a teddy bear, big and burly with a winning smile and a gentle voice. He’s great with kids, everyone’s favorite uncle… and has a hidden talent as a baker. His oatmeal cookies are legendary. By day, he’s also a waste collector… an OBSERVANT waste collector.

You see, Awesome Baker Guy (as he shall henceforth be known) approaches the officer to report something out of the ordinary. A few minutes ago, as he was going about his business doing waste-collector-y things, he saw a guy in dark clothing and a baseball cap peel back a corner of that chain link fence and slip inside. Awesome Baker Guy thought it looked an awful lot like trespassing, so he called the guy over to the fence to ask what he was doing. The guy in the dark clothing protested (adamantly and convincingly) that he had permission to be there, but Awesome Baker Guy still didn’t have a good feeling about the whole thing. He snapped a picture of the guy on his phone, and watched him leave the area.

Our officer gets a copy of the photo and, after checking the area one more time, goes back to his regular patrols…

About a half hour later, a guy catches the officer’s eye. The guy’s walking along 32nd Street near Marcus Avenue… and he looks oddly familiar. Dark clothes, baseball cap… and a face that matches the photo from Awesome Baker Guy. Hmmmmm… ?

The officer stops Ball Cap Guy for a chat. It’s… it’s a strange chat. ?Here’s a fictionalized version, for your reading pleasure:

Officer: So, hey – were you inside that fenced and secured property on 26th Street?
Guy: Yeah. I have permission to be there.

Officer: From who?
Guy: Oh, some dude who was working there. He let me leave a bunch of my stuff there and I was just going to pick it up. I expected him to be there when I got back, but the place was deserted. Weird.

Officer: So, you just went in to get your stuff? But… No one saw you leave with anything…
Guy: Yeah, my stuff wasn’t there after all.

Officer: So… where was it?
Guy: At an apartment complex.

(Editor’s note: I have so many questions here! Why did he think his stuff was on the property if it was at an apartment complex? Who is this worker? How is this even a plausible story?? The officer, thankfully, is a lot less flappable than your editor over here, so he goes with this instead…)

Officer: There is no apartment complex behind Sancho’s Tacos.
Guy: ? Huh. Really?

Officer: And why aren’t you riding your bike?
Guy: Because… because my feet hurt.

Officer: Uhhh… I gotta be honest, this is making no sense to me. Let’s go to something easier: Do you live around here?
Guy: Nope, I’m from Irvine. I’m just here to start a band with Hank.

Officer: Oh yeah? Do you play an instrument?
Guy: No… But I think I can talk Hank into it anyway.

If this conversation had been allowed to continue, we’re not sure WHERE we’d end up… But things get cut short when the officer spots three syringes full of meth in the small pocket of Ball Cap Guy’s backpack. Tsk, tsk, tsk.

Luckily, the charges stop there. Through the teamwork of Awesome Resident Guy, Awesome Baker Guy, and our own observant and intrepid officer, there was no theft from the property on 26th Street. And THAT seems like a pretty happy ending to us.

We hope you have a lovely day, filled with surfing and/or oatmeal cookies.

You have to admit that this is some of the most entertaining social media writing out there these days. So I did a little investigation of my own to discover the star behind the keyboard. She’s Jennifer Manzella, NBPD’s Press Press Information Officer. I’ve written love letters to her before in the Facebook comment section and she always writes back (the first rule of social media engagement is that you “engage”). This last story made me want to go one step further. Jennifer is always attributing fun and fascinating traits to the community members who help the cops do their jobs so well. I offered to make a donation to the charity of their choice if she would describe -me- as one of their engaged residents. Here’s what Jennifer wrote back:

Your comment made our morning, Scott! No donation or compensation necessary… we’ll be happy to “write you up” in return for your awesomeness.

We don’t know Scott personally, but we imagine him as a kind-hearted soul who’s got that whole “listen twice as much as you talk” thing down pat. His neighbors find excuses to trim their hedges or linger over already-washed cars in their driveway, hoping that Scott will stop by to offer them sage advice on whatever is currently worrying them… and maybe give them one of his trademarked wink-and-smiles that somehow puts everyone at ease. He has a series of little-known talents (Pictionary, frisbee golf, and expert-level knot tying) and his favorite color is green (Panatone 567, to be exact).

Imagine a huge operation with a culture not typically associated with fun and friendliness doing something like that! And by the way, Panatone 567 is the officially sanctioned version of Green we use at Michigan State. She did her homework.

What are the lessons learned here, besides the fact that it’s much more fun to be an “awesome, engaged” citizen then to get caught with meth syringes doing bad stuff?

Treat everyone you meet as if they are the most important person in the room. – We all crave meaningful human interaction and affirmation. I know a ton of cops since my alumni include some of the best in the nation. The best of them understand that -most- of the bad guys they encounter are human beings and deserve the same empathy and respect that the rest of us appreciate. Good cops deescalate the drama, neutralize the threat with as little force as necessary, and allow us to look behind the badge to get a sense for their humanity.

Be empathetic. Most of us are dealing with problems you know nothing about. – Many of the police officers I’ve had the honor of riding with are master psychologists. Preventing future trouble is just as important as defusing the current situation.  Like all of us, cops can be a positive force to guide a person in the right direction at a pivotal moment in their lives, when a step in the wrong direction could forever damage them. And most police officers do just that.

Judge any group by the good deeds of the many, not the misdeeds of the few. – Of course, the world does have its darker corners where predators seek prey and the “thin blue line” is all that stands between civilization and anarchy. We are forever grateful that there are men and women who are willing to risk their lives to protect us from these unfortunates. A cop’s survival often depends on snap judgements and they don’t always get it right. The continuum of police officers, just like every other profession, ranges from the exceptional to the ineffective. As a former Cable TV guy, (people everwhere seems to love to hate us), I learned that a few bad apples don’t have to spoil the bunch.

Act as the person you wish everyone else could become. – This is my personal interpretation of the Golden Rule. In every extended encounter, I usually get around to talking about the two magic questions I like to ask people: Where does it Hurt? And how can I help? I shared these with one of my favorite Spartan cops during a ride along and she ended up adding that second question to her lexicon. She reported, what I’ve known for a long time: “How can I help?” is one of the most powerful questions you can ask. Strive to be the most attentive friend people know, the best problem solver in the room and the most positive person in your circle. It won’t always be easy. None of us get it right every time. But consistent practice, creates productive habits that become the strong cables that anchor exceptional character.

Thank you, Jennifer, for teaching us how it’s done on a platform that too often is a place filled with screaming and yelling about fear, uncertainty and doubt. You represent the best we can be. And we need as many role models like you as we can find.

One Reply to “Extraordinary Social Media Engagement: How It’s Done”