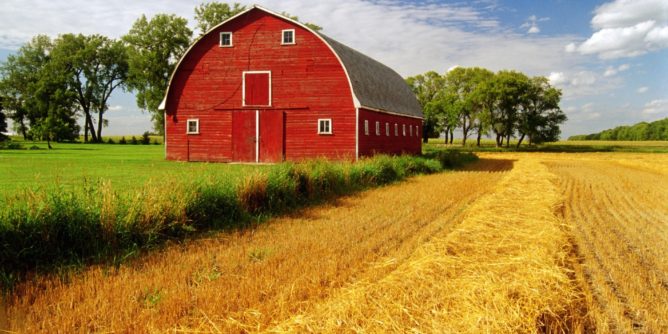 “When tillage begins, other arts follow. The farmers, therefore, are the founders of human civilization.” Daniel Webster

My first radio job involved reading commodity prices on our local radio station. I was just 14 and did not yet have a driver’s license. So every morning as the sun rose over Washtenaw County, I rode my green Schwinn 10 speed down the long expanse of Liberty street to the studios of WPAG in downtown Ann Arbor. I was the first one in the building, fired up the transmitter and dialed up our Farm Director, a legend named Howard Heath.

Howard broadcast his morning farm reports from the basement of his home at “Radio Acres, Southwest of Milan”. He did the lion’s share of the work. My job was to twist the dials back at the station, keep him on time and read the cryptic commodity prices that came across our Associated Press news wire. Being a city boy, I had no idea what Omaha barrows and gilts were and it took some time before I discovered that the bacon I ate with breakfast had, at one time been a pork belly.

Howard and I ended up becoming friends and he introduced me to agribusiness, the word my instructors at Michigan State University used to describe the culture of farming.

Agriculture, I came to understand, was a metaphor for life. “A farm is a manipulative creature,” wrote Kristin Kimball in her wonderful book, The Dirty Life: On Farming, Food, and Love. “There is no such thing as finished. Work comes in a stream and has no end. There are only the things that must be done now and things that can be done later. The threat the farm has got on you, the one that keeps you running from can until can’t, is this: do it now, or some living thing will wilt or suffer or die.”

As a Type A person with a career I’m passionate about, I can totally relate.

By the time I graduated from Pioneer high school and pointed my 1968 Olds F85 in the direction of East Lansing, I had come to know dozens of farmers. They were the kindest, hardest working optimists I ever met. Dedication, faith and deliberation defined their character: Stoic in the face of seemingly insurmountable challenges, always focused on  the never ending procession of work that comes with the territory, and forever optimistic that the alchemy of sun, rain and effort would yield an abundant harvest.

Wendell Berry saw agriculture as the essence of life itself. “The soil is the great connector of lives, the source and destination of all. It is the healer and restorer and resurrector, by which disease passes into health, age into youth, death into life.”

I came to MSU with the firm belief that those who dedicated their lives to the land personified the best qualities of the American Dream. As Masanobu Fukuoka put it in his book, The One-Straw Revolution, “The ultimate goal of farming is not the growing of crops, but the cultivation and perfection of human beings.”

So what are the key lessons we can learn from the American Farmer?

This last maxim is probably the most important lesson I’ve learned from my farming friends. A favorite story concerns the itinerant pastor who was walking by a beautiful farm on a Sunday afternoon. The farmer stood on his front porch looking over his acreage.

“God certainly blessed you with a wonderful farm,” the pastor said.

“He sure did,” replied the farmer. “And I’m grateful.” Then he winked at the pastor and said, “But you should have seen the place when he had the land all to himself.”

Whatever your calling, if you approach it with dedication, faith and deliberation, you will reap your own abundant harvest.