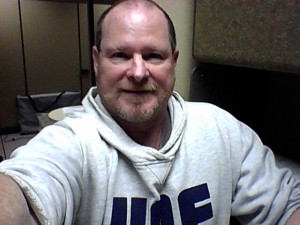 Hear an audio version of this message.

Our good friend and colleague Tim Shy has died after a courageous battle with brain cancer. Nobody knows for sure where it came from. There was no genetic history in his family. But we know from personal experience that the monster is often indiscriminate in choosing its prey. The only commonality seems to be that it takes the best people away from us well before we are prepared to let them go.

In the radio business there are always 1,000 wannabes for one real deal. Tim Shy was the real deal.

In 1972, when we were both juniors at Ann Arbor Pioneer High School, he was already blessed with that resonant baritone that we all know so well. I had the pleasure of introducing him to Charlie Bross and Ted Heusel at WPAG that year and he quickly became a regular on the air, using Tim Laurence (his middle name) as a moniker.

Tim had major market skills. His love for theater taught him to easily transmogrify between broadcast journalist and disk jockey. There were several incarnations that I witnessed. One of my favorites was an act where this then 18 year-old channeled a 65ish country music fan, “The Old Timer”, to wax poetic about the his favorite tunes. Listeners bought it hook line and sinker.

He had the ability to instantly arrange ideas into airworthy broadcasts, even in the days where there was only an audience of one. Somewhere, I have a reel to reel tape of Tim telling the story of Radio Nordzee International, a pirate broadcaster that he encountered when his family lived in Europe. It was one of those, “Hey I have an idea, lets roll tape,” things where he thought for a moment or two and delivered the story as if he had taken an hour to write it.

We shared an affinity for amateur radio and shortwave listening. But Top 40 radio was our first love. We spent many a night studying jocks who worked at the 50,000 watt sky wave stations from Detroit, New York and Chicago to hone our own understanding of the craft. When it came time to perform, we had our share of “learning experiences”. A highlight of our WPAG days was covering the John Sinclair Freedom Rally at Chrisler Arena. We got a ton of great tape, but forgot to bring keys to the studio. None of it ever aired.

In a moment worthy of Ron Burgundy, I once painstakingly re-typed and swapped out Tim’s carefully written local newscast, degenerating the copy into gobblty gook in the middle of the second page. His focus on delivery was so total that it took him a second to realize what he was reading before effortlessly finishing the story from memory.

Nobody who heard it could tell that anything was amiss. He was that good.

Tim’s intellect quickly grew beyond broadcasting, although, like many of us, he would return to it from time to time. He majored in geology and ultimately earned a PHd in Atmospheric Science from the University of Illinois. Those adventures alone would make a fascinating book, something I always encouraged him to write, and something he always humbly passed off as inconsequential. It was anything but.

We kept in touch as he treked northward to Alaska and re-connected when we both found ourselves in Albuquerque, New Mexico. I was working weekends at an oldies station and quickly brought Tim back into the fold. He was always careful to shield his true identity from his listeners, fearing that the government would not smile kindly on an employee who was also on the radio.

He need not have worried. Everyone loved Tim. He was among the most selfless people I ever met, way more interested in what was happening in your life and always ready with a kind word and a helping hand.

He came late to fatherhood, and passed away with his wife and young son at his side. Tim’s many friends have spoken of his authenticity, his listening ear and a generosity that knew no bounds. It’s all true. If it turns out that there is a rock and roll heaven, I expect to run into him again, beyond the pearly gates, trading stories with Larry Lujack, Charlie Tuna and Gary Owens and nailing every record intro to perfection.

Our world will be diminished with his departure, and yet, we are all better people because our paths crossed his. I can’t think of a better legacy.

Godspeed, old buddy. Catch you on the other side.