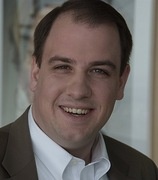 None of us has gotten where we are solely by pulling ourselves up from our own bootstraps. We got here because somebody bent down and helped us. – Thurgood Marshall

For my friend, Frank Eliason, the four words “How can I help” transformed him and in the process, also transformed our concept of exceptional customer care.

At the time, we both worked for Comcast. The sheer size of the company and the hundreds of thousands of transactions it generates each day inevitably throw off hundreds of unhappy campers. As the guy who lead our CEO’s escalation team, Frank dealt with the angriest of the angry.

In such a role, you need to have great listening skills, the patience of a saint, and the ability to motivate people you don’t know to do what needs to be done. Your typical day consists of one contact after another with people who have been the victims of failed customer care processes at multiple levels. By the time they get to you they are hot.

Frank has the magical ability to turn angry customers into raving fans. And he does it by starting with “how can I help?”

In the early days of the Twitter revolution, I was practicing my own humble approach to customer care over the Internet. Whenever I would see a negative tweet about our company from a customer within my division, I would try to connect them with local people who could solve the problem. I learned about how quickly you can change an attitude by:

And the attitude change was both dramatic and positive.

Late one evening, Frank and I were marveling about how simple these concepts were and how powerful social media could be as a tool for customer care.

The next day @comcastcares was born.

Under that identity, Frank became a catalyst that redefined service excellence. He helped us gather data to attack root causes leading to more effective processes and policies. Along the way, he and his team single-handedly changed the company’s customer perceptions for the better.

And then, something really interesting happened. People started to model his behavior.

The social media mavens at @southwestair and @zappos parallel processed Frank’s magic and people started to ask him to come and teach them how it was done. His role evolved to that of a road warrior who continued to dispense his real-time customer assistance from the keynote stage at the major business conferences and geek fests.

Today, Frank Eliason is often referred to as “the most famous customer service person in the world”. He attracted an eclectic team of like minded individuals who answered tweets and bloggers from multiple screen computers at Comcast’s world headquarters, from their home laptops, and from their cell phone social media applications on commuter trains, in airports and restaurants, on treadmills and bicycles, wherever they were.

This @comcastcares team spawned new stars. Names like @comcastmelissa, @comcastgeorge, @comcaststeve, @comcastbonnie, @comcastv. @comcastsherri, @comcastbill and @comcastdete each brought their own personality to the table, along with an encyclopedic knowledge of the technology and systems we used and a 24/7 commitment to ask the question: “How can I help?”

Anytime I was in Philly, I would always pull the team away from their computers and take them all to their favorite bar. I never let them pay because the hours we spent together were a post-graduate education in how to express excellence with personality, persistence and passion. I always came away energized and proud.

Today, Frank told the world, what he shared with me privately earlier this week. He is leaving Comcast to become the Senior Vice President of Social Media for Citi. It’s generated a tsunami of gratitude from friends and competitors alike.

It will be interesting to watch his career trajectory.

Not every company has the fortitude to foster a culture where a fanatical focus on customer service is the true revenue engine. It’s easy to say you’re customer focused and is much harder to make the real commitment to listen to and learn from the real people who pay your salary.

In the light speed world of social media, the proletariat can quickly figure out if you truly mean what you say. If you don’t, your reputation will quickly crash and burn.

I celebrate my friend Frank Eliason for his devotion to the ethic of being helpful. He’s humble enough to try to diminish the pivotal role he played at Comcast and cares enough about what he does to be willing to give his time and knowledge to anybody who asks for it.

Think about these traits when you are in the role of customer. It quickly becomes clear who gets it and who doesn’t.

And whatever you do this week. Try, at least once a day, to ask the key question: