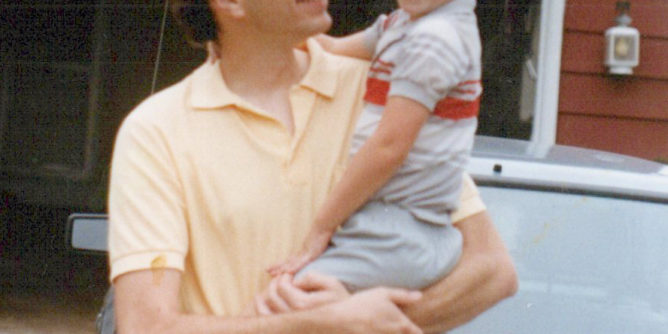 (Update: June 16, 2019) The “Real” Scott Westerman left us on April 18, 2018, my mother’s birthday. He loved being a Dad. He was my role model for fatherhood and a father figure for countless others during his 92 years. “We don’t get to choose the cards life deals us,” he told me during our final weeks together, “But we can always choose courage, kindness and grace as we play them.” As each Father’s Day approaches, I look back over a conversation I had with dad about what lessons he learned from his father. I present them here, not necessarily as recommendations, but solely for your consideration.

Make a difference for all the world – Grandpa was a distinguished music major at the University of Michigan, turned Methodist Missionary, turned distinguished Ohio pastor, turned electronics enthusiast. He and grandma worked the mission field in the darkest corners of the Bolivian Andes. As pastor of Grace Methodist Church in Dayton, Ohio, he built an army of choirs totaling over 200 of the congregation’s 1400 members. He offered free voice lessons to every choir member who wanted them. I have a box of his sermons in my closet, each one succeeding in translating the often confusing chapter and verse into meaningful messages that inspired his parishioners to model the Golden Rule.

Give your all – Dad admits that he learned much from his father.. from a distance. Grandpa was always working. Both Dad and I have comforting memories of seeing the reflections of the car lights dancing across our bedroom walls late in the evening when our respective fathers came home. Grandpa’s dedication sometimes surpassed his physical stamina. One terrifying memory dad has was a Sunday when the pastor did not show up at church at the appointed time. When calls to the house went unanswered they rushed home to find him sleeping so deeply that he did not hear the phone, or respond to the loud pounding on the front door. It took two weeks for him to recover, but he was soon back at it.

Seek balance – Dad believes that it was the work load and not Grandpa’s milieu of childhood health issues that brought on his first heart attack, at age 45. To be sure, it did not ultimately stop him from grabbing life by the mane. He would have three more attacks before finally succumbing in his 80s.

Be inclusive – Both my father, and my own personal commitment to diversity have roots in grandpa’s courageous integration of the church boy scout troop, long before it was the common thing to do. And grandpa and grandma had a habit of adopting church members with disabilities and going the extra mile to help each get the most out of life.

Develop diverse interests – Grandpa was a musician, vocalist, a basketball, track, gymnastics, swimming and boxing enthusiast. In addition to his passion for fishing, he was a bird watcher, gardener and dog lover. Late in life, he developed an interest in electronics, building antennas for his shortwave receiver and recording television and radio programming for soldiers serving in Viet Nam.

Have faith – Grandpa’s was a Christian life, but like the Dali Lama, my own father would encourage you to seek your own spiritual path. Faith, whether it be in deity or the ordered mysteries of science is at once alluring and baffling, exuberant and frustrating. If you build your own foundation of faith it can keep you grounded through the strongest hurricanes, the harshest spotlight and the darkest night.

Be well read – Being up on current events and the latest literature was part of all our lives growing up. The things we discovered in newspapers and between the covers of good books danced through our minds, leaving notions that often sprouted like seeds into new and even more powerful ideas.

Get an education and seek to become a better person – Most of us are but a generation or two away from a time when college was the exception to the rule. In our parents and grandparents time, education meant drinking knowledge with a desert thirst, trying to fully understand and sometimes challenge what we were taught. Good grades a goal but were secondary to the desire for real comprehension. Those learning skills served our forefathers well as we recovered from the Great Depression, fought a World War and learned to make sense of things like the Iron Curtain. Having the courage to face any personal demons you may have will also teach your children that we are all imperfect, it’s ok to recognize it, and that life’s too short not to get help while you enjoy the ride.

Don’t do it all yourself – Both my grandfather and my dad were the first ones to admit that they could not have been effective parents without help. In our home, my mom was well prepared and totally dedicated to providing that help. But it went well beyond their union. They made sure that when we needed them, the right teachers appeared. They exposed us to a diverse array of role models (mostly good and a few bad) and had the courage to ultimately let us make our own choices. They empowered and supported our teachers to correct our self defeating behaviors soon after they occurred, nearly always in private unless a public lesson was a teachable moment.

Be joyful – Whenever I would call grandpa on the phone during my youth, he was -always- glad to hear from me. He was fascinated by new ideas. Even as the years slowed him down, he was always able to find a mother lode of silver lining surrounding every cloud. My own children report the same phenomenon when they call dad.

Be present and be who you are – My father harbors a not-so-secret regret. He attacked the other things on this list with such intensity that he feels he was not present enough in our lives. I disagree. There was never a key question I had that he didn’t patiently answer. There was never a major event in my life that he didn’t attend, and whenever and wherever he was, he always responded to my phone calls. In those times of rebellion that inevitably touch each generation, he was patient when he needed to be, firm when he had to be and was always true to his beliefs, even when they were not popular.

Ponder this list. How does it parallel some of the other success traits we’ve been discussing?

As you think about your relationship with the father figures in your life, how many of these dimensions define them?

And what if very few do?

Some of my friends describe their fathers as “sperm donors”. The personal challenges these men faced made it hard for them to be the dads their kids desperately wanted him to be. Despite this, most of the people I know who survived a challenging childhood found a way to grow into caring, contributing, joyful and complex adults. They found others who better reflected the traits they admired and incorporated them into their personal toolkit. If necessary, they sought out professional help to unpack their painful memories and build a healthy self image.

One of the things my father always reminded me was that living was a, “Do It Yourself Program”. in the end, discovering your purpose, the person you decide to be and the path to get there is up to you.

No matter what bumps you’ve had on your own road, the future is yours to create.

As Marty McFly’s surrogate dad, Doctor Emmett Brown said in Back to the Future, “Your future is up to you. So make it a good one.”